WARNING:  These volumes are large files and may take a long time to download depending upon your internet connection.  The size of each volume is indicated in parentheses ().
GO BACK

The Astonishing Story of the Mistaken State House Portrait 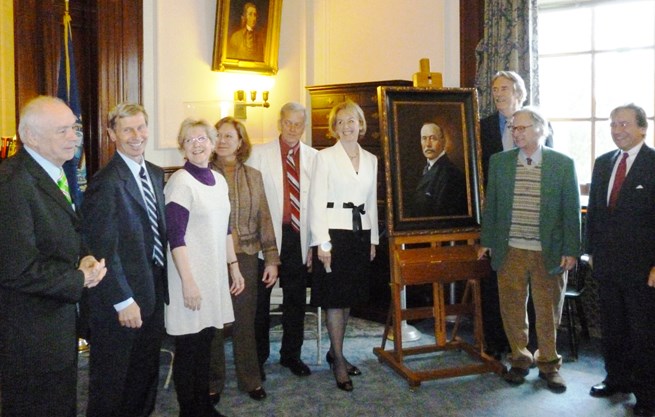 First District Executive Councilor Ray Burton of Bath comments during the unveiling of a newly executed oil portrait of Governor and US Senator Henry W. Keyes, of Haverhill (1862-1938), replacing one long displayed in error, at ceremonies at the State House on December 5, 2012. Looking on are Governor John Lynch and members of the Keyes family, painter Craig Pursley, also of Bath, (third from right), and former State Rep. Dean Dexter of Laconia, who discovered the error. 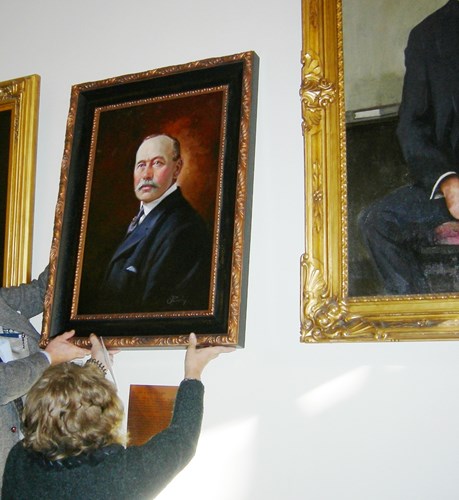 A long awaited correction came when a proper likeness of New Hampshire Governor and US Senator Henry Keyes, donated to the state by his family, was placed in the State House second floor "Hall of Governors" on December 14, 2012. 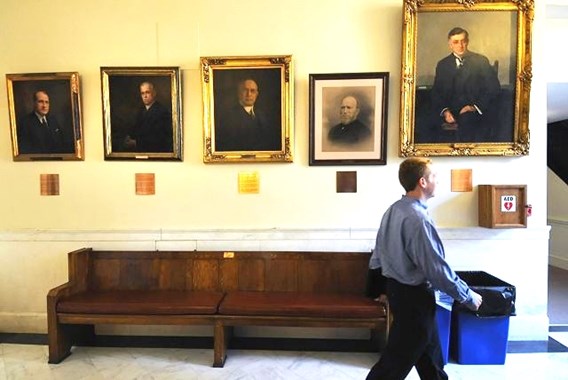 A chalk drawing of who was later identified as New Hampshire Congressman and US Marshall Jacob Hart Ela of Rochester (1820-1884), hung for years beside a section reserved only for governors on the on the second floor corridor of the NH State House, labelled in error as that of Keyes.

Brochure for the Official Portrait of Governor and Senator Henry W. Keyes

Brochure for the Official Portrait of Governor and Senator Henry W. Keyes

Senator Henry Keyes in his Senate Office, circa 1920s

Senator Henry Keyes in his Senate Office, circa 1920s
GO BACK 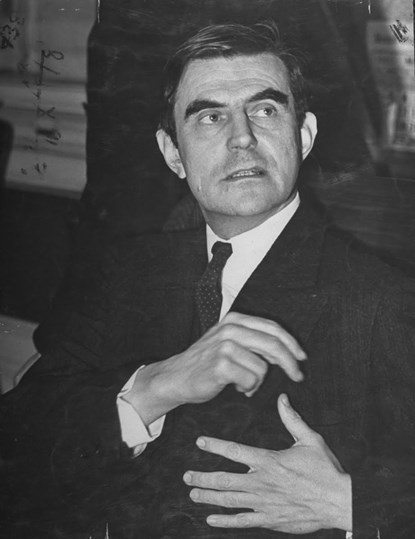 2A Governor Winant's Farewell Address To The Legislature, 1927

2A Governor Winant's Farewell Address To The Legislature, 1927

Winant and Eden, EJ Gallager in the Laconia Evening Citizen, January 17, 1977
GO BACK

Dedication of the Remodeled State House 1910 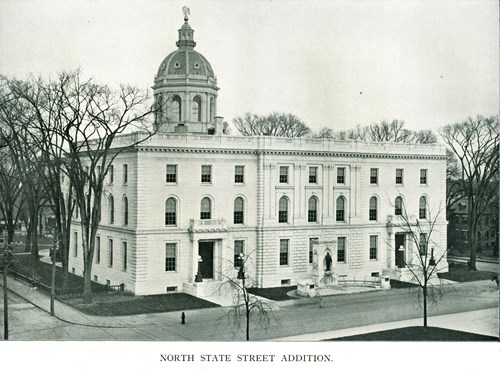 5. Portrait: Governor, Council, Secretary of State in Office During 1910 Dedication

5. Portrait: Governor, Council, Secretary of State in Office During 1910 Dedication

View of the State House, N. State Street entrance and statue, prior to 1910

View of the State House, N. State Street entrance and statue, prior to 1910
GO BACK 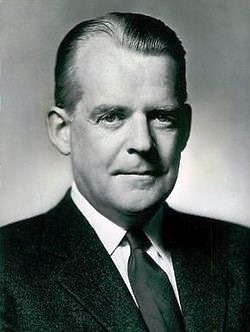 1 Governor Dwinell at his desk in the State House Corner Office, 1956

1 Governor Dwinell at his desk in the State House Corner Office, 1956

2a Eisenhower Letters To Dwinell about 1955 New Hampshire visit

2a Eisenhower Letters To Dwinell about 1955 New Hampshire visit 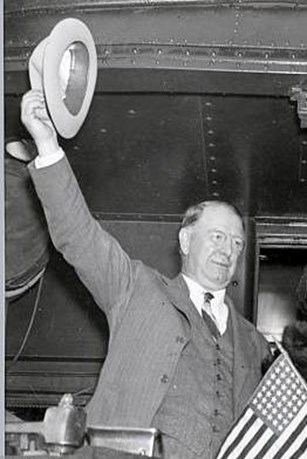 The Isles Of Shoals John Scribner Jenness 1873
GO BACK

Journal of the Constitutional Convention of 1850

Journal of the 1850 Constitutional Convention, Chaired By Franklin Pierce

Journal of the 1850 Constitutional Convention, Chaired By Franklin Pierce
GO BACK 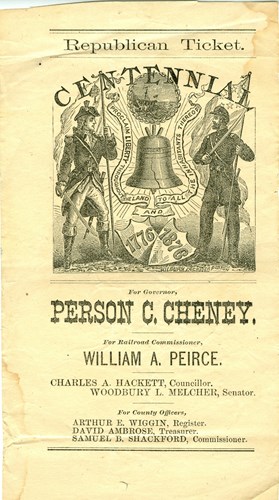 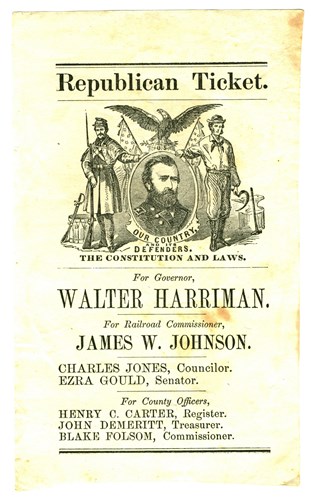 Seal and Flag of the State of New Hampshire 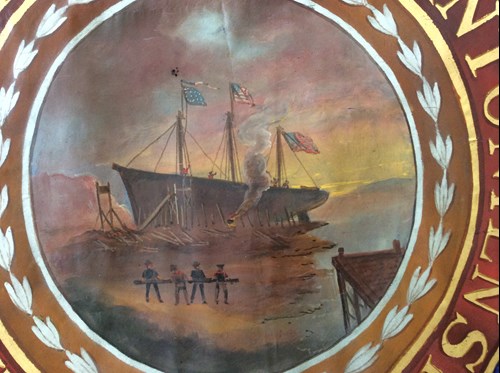 History Of NH State Seal And Flag 1916
GO BACK

Mystery of the Lost Scroll 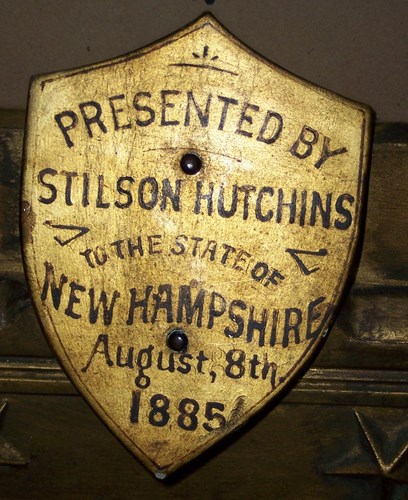 The Mystery of The Lost Scroll

The Mystery of The Lost Scroll
GO BACK 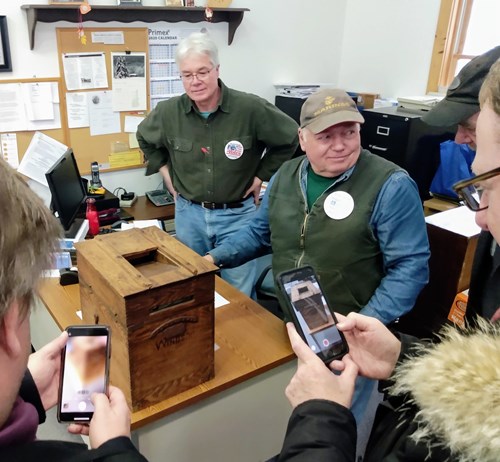 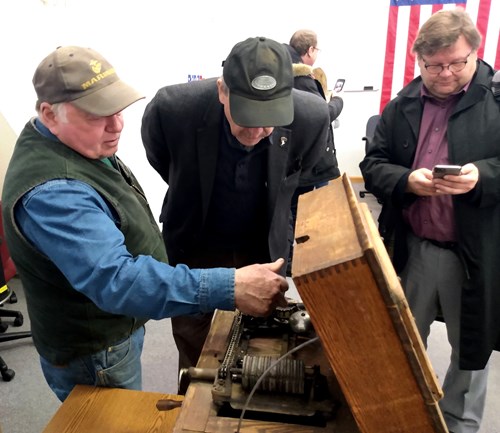 Prior to voting in the February 11, 2020 NH Presidential Primary, veteran Windsor Town Moderator Patrick Hines demonstrates the workings of the antique ballot box Windsor has used in every election since secret ballots were mandated in state elections in 1892. The counting device still functions perfectly, he explained to visitors and news  reporters, including the bell that sounds whenever a ballot is inserted.

The First 50 Years Of The New Hampshire Archives

The First 50 Years Of The New Hampshire Archives
GO BACK

The Year New Hampshire Became First in the Nation: 1920 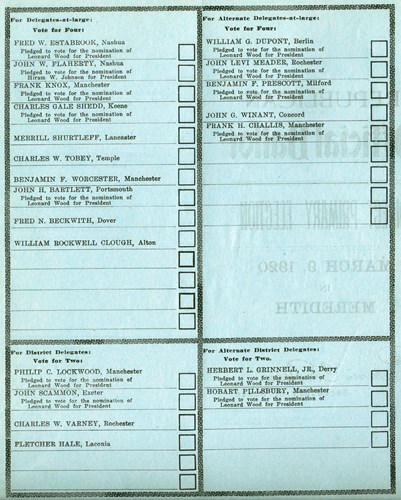 A portrait of former NH House Speaker George B. Roberts, Jr., R-Alton, was unveiled during ceremonies at the Legislative Office building, Concord, on October 25, 2019. Among those present were Governor Chris Sununu, Lee Marden, chair of “Friends of George Roberts,” sponsor of the portrait by Stoddard artist Richard Whitney, many friends, former and current legislators and staff, including past speakers, and family. As Speaker (1975-1980) and before, Roberts was the key figure in rescuing the building, the former US Federal Courthouse and Post Office, from demolition in the early seventies, transforming into an elegant facility housing legislative hearing rooms and offices. The painting now hangs in the building’s lobby, christened “George B. Roberts Hall” by legislation passed in the 2016 session. Pictured with Roberts is Gov. Sununu, the artist, Secretary of State William M. Gardner, Deputy Secretary David Scanlan, and Terence Pfaff, chief operating officer, NH General Court. 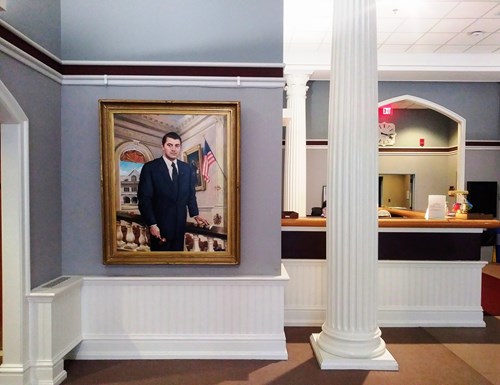 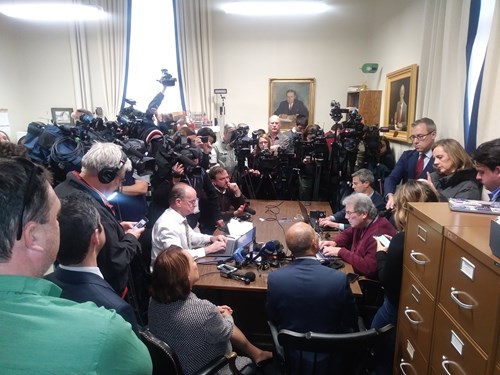 Any American citizen who meets the constitutional requirements is given an honest chance in New Hampshire to actually “grow up and become president.” It’s always been about giving the average person a chance, those without fame or fortune.

New Hampshire voters for the last one hundred years have had the privilege of hosting the First-in-the Nation Presidential Primary election. This is an honor New Hampshire did not seek, but it came upon us through circumstances in 1920, by happenstance. The first state presidential primary was held on March 16, 1916 the same day as Minnesota and a week after Indiana. Four years later, Indiana changed to May, and Minnesota dropped their primary altogether, and the Granite State has remained first ever since.

For the first 32 years, the primary was a quiet exercise of citizen voter participation in the choosing of delegates to the national party conventions.

The people of New Hampshire have taken their role in this process responsibly by welcoming, hosting, questioning and respectfully listening to each candidate, great and small, and then voting in large numbers, leading the nation in primary turnout every four years. 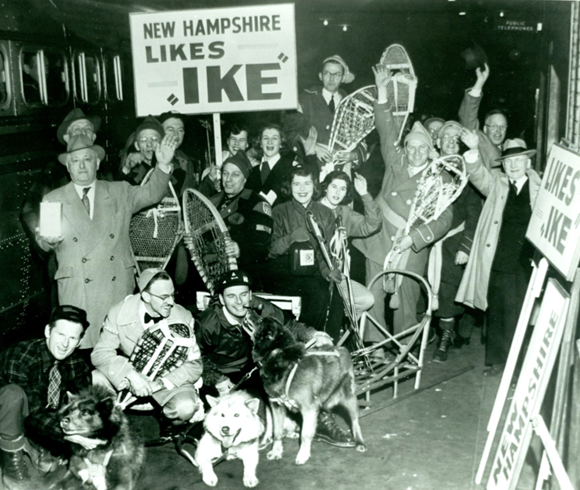 The 1952 Primary was the first in which people could vote directly for president and not just for delegates. The winner of that primary had been a reluctant candidate living in Europe as head of NATO. He never came to New Hampshire to campaign. He was not a politician. Nobody knew if he had ever voted, but he was a national celebrity and war hero. By winning the New Hampshire primary by a huge margin on the Republican ticket, General Dwight D. Eisenhower not only caught people across the country by surprise, but also brought national attention to our small state.

That primary began New Hampshire’s tradition as a nationally recognized event. It was also the year which began our state’s reputation as the place for serious candidates, including ones who might be lesser known, to begin their national campaigns in an early, bona fide election, with secret ballots and the eyes of the world watching. Since then, every person who has become our president has won at least one NH Presidential Primary. 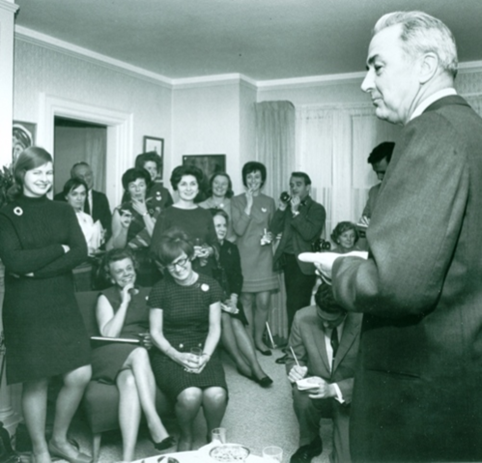 1968 Primary: Senator Eugene McCarthy, above, speaks at a reception at the home of Paul and Maria Carrier in Manchester.

The 1968 primary came at a high point during the Vietnam War. Although President Lyndon Johnson technically won the primary, a little known senator from Minnesota, Eugene McCarthy, campaigned hard here, doing better than expected, even winning more convention delegates than the president. The New Hampshire results shocked the country and led to a stunning announcement when the incumbent president before the next primary said he would no longer seek re-election.

Time magazine reported the aftershocks of the primary as follows, “In a single week, the entire political context of 1968 changed almost beyond recognition. Out of the New Hampshire frozen farmlands and bucolic hamlets emerged a new equation…New Hampshire with a relished penchant for turning things topsy-turvy, turned them over once again.” (March 22, 1968).

In 1976 came a little known former governor from Georgia, Jimmy Carter, with no entourage, just one or two local people to drive him around the state. He had little money and mostly lodged in private homes. One supporter reported, “He even makes his own bed.” He was a surprise winner, defeating a half dozen more prominent senators and congressmen, and became the 39th president. 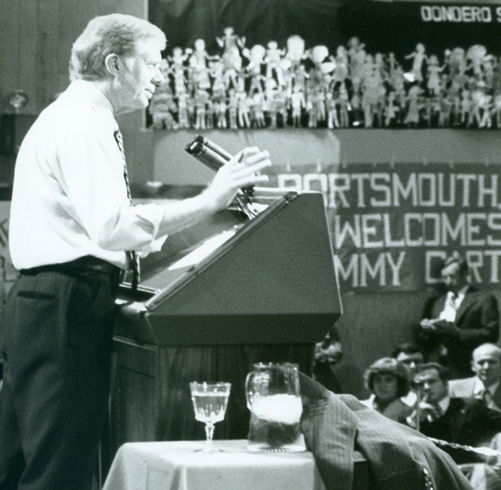 In 1984, New Hampshire surprised the country again when Colorado Senator Gary Hart stunned former Vice President Walter Mondale, the favorite, in a huge upset. Just weeks prior to the primary, Hart was at single digits in the polls.

In 1992, with his campaign in trouble, Bill Clinton declared, “New Hampshire has made me the Comeback Kid,” after finishing a strong, unexpected second behind popular Massachusetts Senator Paul Tsongas, with strong Granite State ties, who lived less than 25 miles from the state’s border.

In 2000, Arizona Senator John McCain came into the state as the underdog, with less name recognition and less funding than opponent, George W. Bush. He crisscrossed the state, ran a classic, New Hampshire grassroots, person-to-person campaign, and won the primary. And did the same, in 2008.

In 2016 two candidates one could only consider atypical in the world of politics, Vermont Senator Bernie Sanders, an unabashed socialist, Democrat, and Donald Trump, the most unique of candidates, both won huge victories in New Hampshire’s primary, again setting the political world upside down.

On the morning after that memorable 2016 primary, Bob Schieffer of CBS News said, "What makes New Hampshire so hard to handicap is, this is the last place where the voters play a role. After this it all moves to TV."

Unlike other states, the people of New Hampshire have continued to fund their primary all these years. It has overcome states attempting to take it from us, even passing laws requiring their primary to be on the same day as ours, whenever that may be. Also by the national parties that have been helpful at times and not so helpful at others. Some believed television would diminish the value of the primary in the 60s and 70s, but it didn’t happen. Others thought the internet and social media would diminish the primary at the beginning of this century, but that didn’t happen either.

We’ve made it a hundred years with no scandals, blemishes or miscounts. Schieffer, former host of CBS Face the Nation, once spoke of his fond memories about his 40-plus-years covering the NH primary, ending his remarks with these words: “New Hampshire has never let us down.”

March 18, 1840 - November 12, 1920
Lawyer, Author, Speaker, Pioneer Women's Rights Advocate
Denied right to vote 1870, Dover, NH, and thereafter
(Believed too ill to vote in the November 2, 1920 elections, after ratification of the 19th Amendment*)
Admitted to Practice Law, Washington, DC, 1882
(Practiced pro-bono criminal law there)
US Commissioner & Examiner, DC Chancery Court, 1884
Credentialed First Female Attorney in New Hampshire, 1890
Credentialed to argue before the US Supreme Court, 1891
First woman to seek a major diplomatic post, 1897
(envoy to Columbia, passed over by Pres. William McKinley)
Denied effort to register as a candidate for NH governor, 1910
(Unable to register to voter, as required to be a candidate) 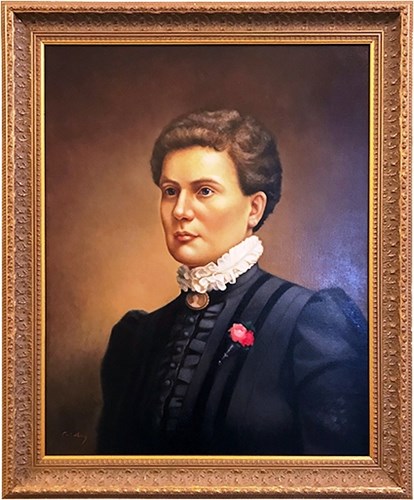 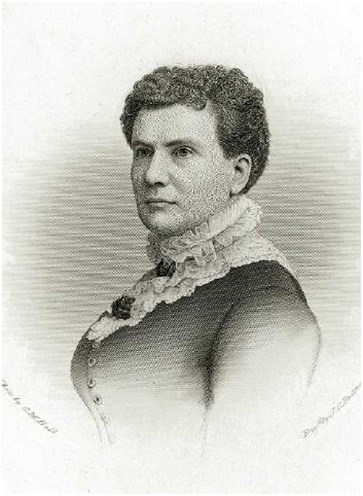 *Ms Ricker passed away at her Dover, NH, home at 7 Ham Street, "about two years" after suffering a cerebral hemorrhage. Contributing cause is listed as: "senile changes in brain, heart and kidneys about 4 months," according to her death certificate on file at the NH Secretary of State's Division of Vital Records.

Campaign biography of New Hampshire’s only president. Following Pierce’s nomination by the Democratic Party in 1852, Hawthorne, a friend and classmate at Bowdoin College, volunteered to write the "necessary biography." Hawthorne had enjoyed recent national success with the publication of The Scarlett Letter (1851) and House of the Seven Gables (1852), now classics. The Pierce book cost Hawthorne's standing among New England contemporaries due to the candidate's anti-abolitionist positions and Southern sympathies. Hawthorne wrote a friend: "the biography has cost me hundreds of friends, here at the north...in consequence of what I say on the slavery question..Pierce owes me something." After taking office, Pierce appointed Hawthorne American Consul to Liverpool. The friendship continued throughout their lives. While returning from a trip through the White Mountains, to boost Hawthorne’s spirits, who was in failing health, the two stopped for the night at the Pemigewasset House Hotel in Plymouth. On the morning of May 19, 1864, Pierce found his friend had died sometime in his sleep during the night in an adjacent room. 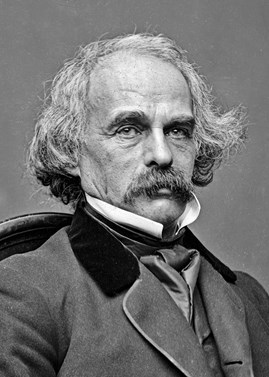 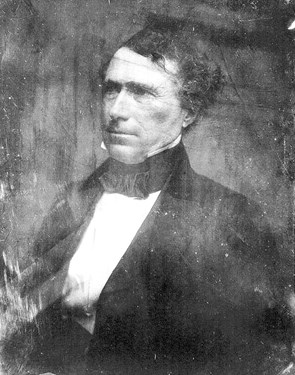 1 Preface And Table of Contents

1 Preface And Table of Contents

2 Chapters I And II

2 Chapters I And II

6 Chapter VII And Notes
GO BACK